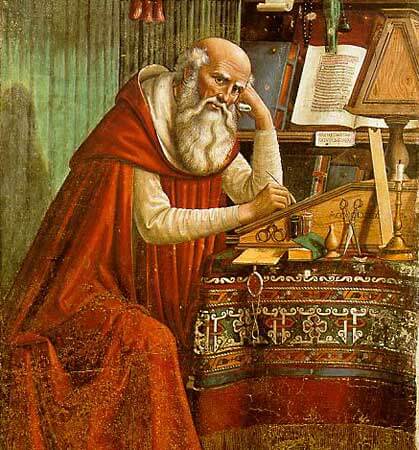 This Saturday marks the first official International Translation Day at the United Nations (UN). As one of the world’s largest employers of language professionals, the UN chose September 30 to celebrate the work of translators and interpreters around the world.

According to the UN explanation, this day celebrates St. Jerome (pictured to the left), the Bible translator who is considered the patron saint of translators.” He is most well-known for translating the Bible into Latin. Read more about: International Translation Day is Saturday  »

Multilingual Websites: Which Languages Do You Need? Deciding which languages to have on your website may seem like an obvious choice, but we do see a lot of client companies struggle with this decision. Launching a website localization project is not a trivial undertaking. It requires a strategic commitment of both time and money. Here are five important questions you can ask yourself before making that all-important commitment.

1.  Where are your customers?

Many countries have official national languages. Read more about: Multilingual Websites: Which Languages Do You Need?  »

Pharma companies are under tremendous pressure to deliver the next billion dollar drug. In 2016, the 15 top-selling prescription drugs generated between $4.3 and $16 billion of revenue. Getting a drug to market, however, involves an extremely complex, time consuming and expensive process that is made even more complicated by today’s globalized cross-border clinical trials, international regulatory approvals, and vastly different cultural markets.

Smart pharmaceutical organizations are always on the lookout for any way to remove bottlenecks and streamline the process. Read more about: Why Pharmaceutical Companies Need a Great Language Service Provider  »

In order to compete in today’s international, multicultural business landscape, companies need a strategy to constantly expand their geographical reach and customer engagement. That process begins with a localization strategy – a plan for how to communicate effectively across multiple cultures and languages.

The importance of localization

A target audience that feels a company is speaking directly to them will respond in kind. Too often, however, marketing teams fail to integrate a localization strategy until after other key elements of a marketing plan are already in place. Read more about: Think Globally, Act Locally to Expand Online Reach  » Pre-trial discovery is an essential part of fair procedure and due process. To avoid “trial by ambush” the legal teams on both sides of the case are obligated to facilitate a full exchange of all relevant documentation. Discovery, however, is becoming increasingly complex due to the growth of cross-border litigation in our global economy.

Cross-border litigation by its very nature will often involve one or more foreign languages. Dealing with multilingual documents during discovery makes collecting, Read more about: A Multilingual Discovery Algorithm for Legal Document Translation  »